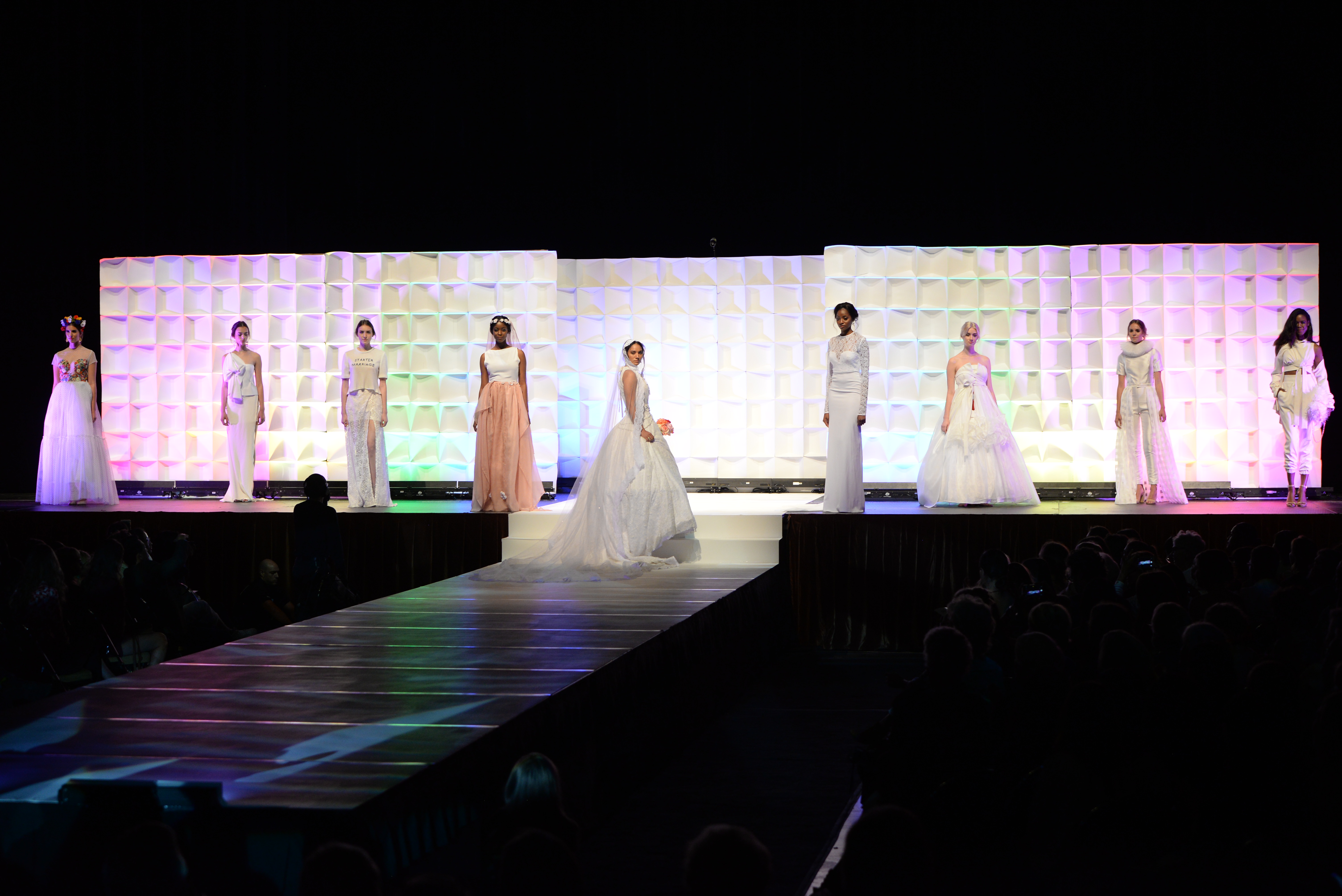 By: Sydney Mahl
It was the night that 22 senior textile and apparel design majors had waited for since they started their classes in the Fall.  From term papers, sketches and sleepless nights, (some being spent sleeping in Gearing Hall), came down to one night at the Frank Erwin Center.


On April 19, they showcased their collections in front of family, friends and fashion media in Synthesis, the University of Texas fashion show. It was THE big night before moving on to the “real world”.
Ockhee Bego, the Fashion Show Director, opened the show with remarks on the importance of fusing science and design, lending inspiration for the show’s name: Synthesis.
“It’s science based and human focused,” Bego said of the textile and apparel design major.

The show was broadcast LIVE on The Longhorn Network, hosted by Holly Mills-Gardner, TV personality and a UT alum, and Emmanuel Acho, former UT football and NFL player. The first part of the show featured activewear looks, from kayaking to water fetching. Designer Melinda Lawrence won the award for Best Active Sportswear.  Lawrence was previously an aviation mechanic prior to attending UT.  Sheroid Evans’ design earned him an honorable mention.
This year the University Co-Op Design Challenge tested the students to put the best burnt orange game-day inspirations for the runway. Tailgate chic looks filled the catwalk, with dominant trend being loose and airy garments – a must to beat the heat during a long day of cheering on the Longhorns.
Click Here to See the Entire Gallery of Photos:  (by Cheryl Bemis and Gregg Cestaro)
The next portion of the show was dedicated to the three-piece collections, the designer’s masterpieces. The cohesive and innovative capsule collections were professionally executed, speaking volumes about the talent each designer possesses and the level of teaching the professors engaged in. Designer Veronica Lozano won The University Cooperative Society Best Collection  titled “Animosity”, in addition to Best Evening Wear for her dramatic, glamorous red and lace evening gown that is red carpet ready.

Other prestigious awards given out were The University Cooperative Society Most Marketable Collection, won by Linette Montana’s collection “Club del Mar”, Most Innovative Collection, won by Dee Ting’s collection “ERŌD”, and The University Cooperative Society Best Technical Collection, won by Christine Minah Lee’s collection “Fresh Pavement.”
The show ended with the bridalwear with traditional lace to unconventional cuts and colors for a more edgy bride. The Austin-American Statesman Best Bridal Gown award was won by Elexis “Lex” Spencer’s deconstructed, but modern, take on a wedding gown, featuring pants and a cropped top.
The show stayed true to its name, Synthesis, with fresh takes on old silhouettes, mixing the innovation of science and creativity of design. The designers who showed in Synthesis truly found success in the intersection of art and science to produce their collections, the pinnacle of their careers at UT. “It was like giving birth to something,” said designer Dee Ting of his collection and garments. Fashionably Austin congratulates all 22 participants for their hard work and successes. 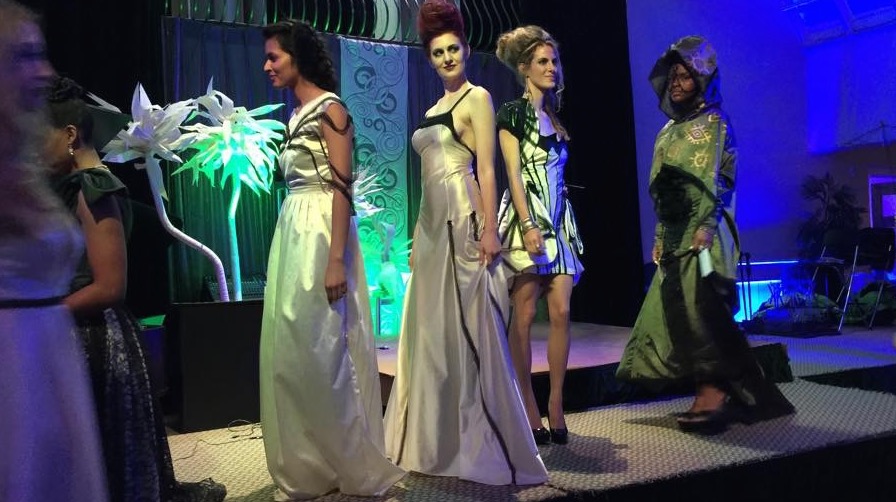 UPDATE: Congratulations to Megan Pinto of Megan Pinto Designs, WINNER of the Black and Tan Challenge. Runner up –… 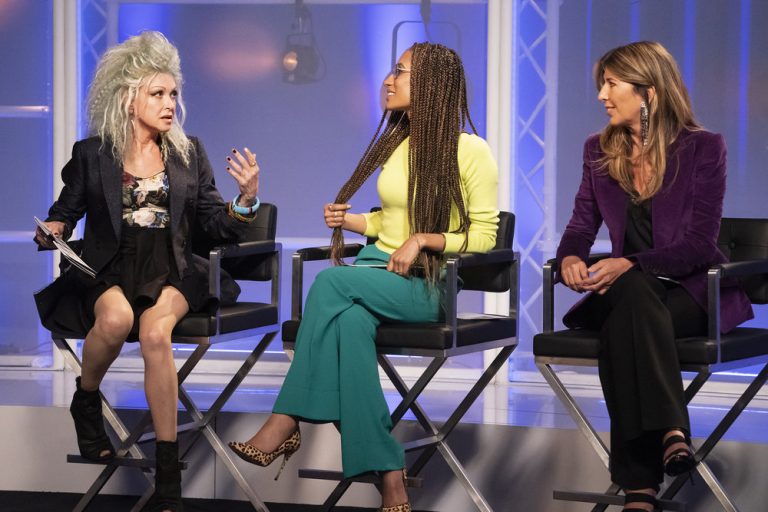 It’s getting hotter each week as the original Project Runway designers are now widdled down to eleven.   And it’s… 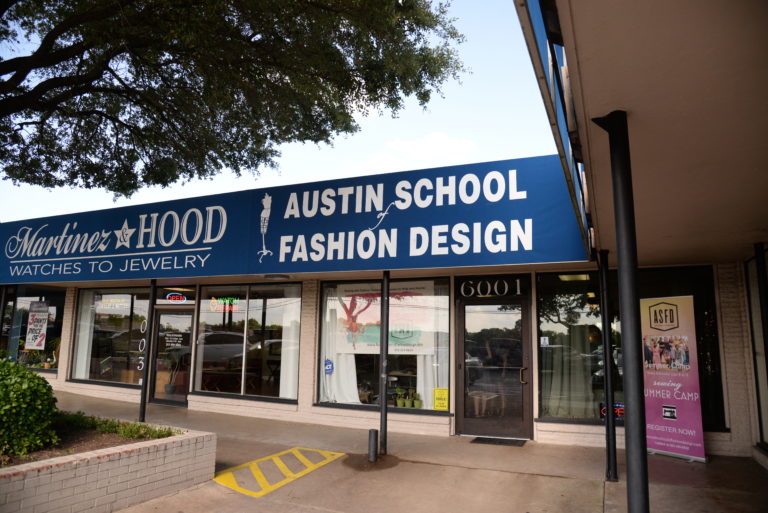 Tucked in the corner of non-descript central Austin strip center, there’s a creative place where a fashionable spark ignites… 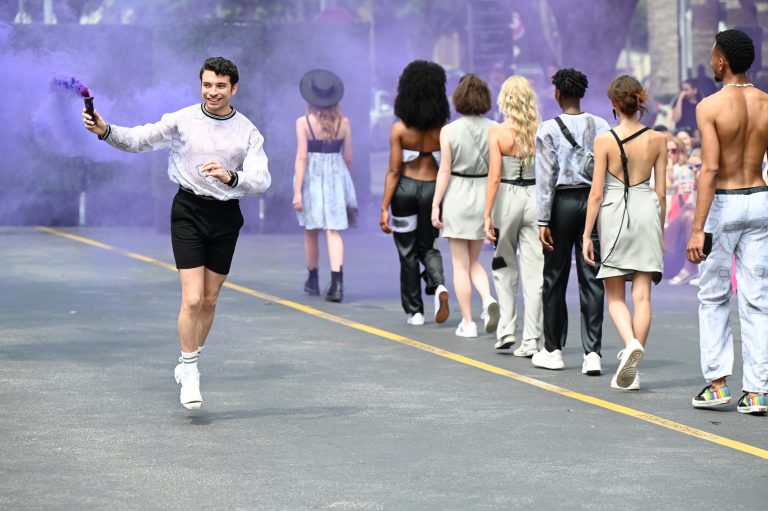 Authored by: Kelsie Davis This spring at Austin Fashion Week, whether it be their first time on the runway… 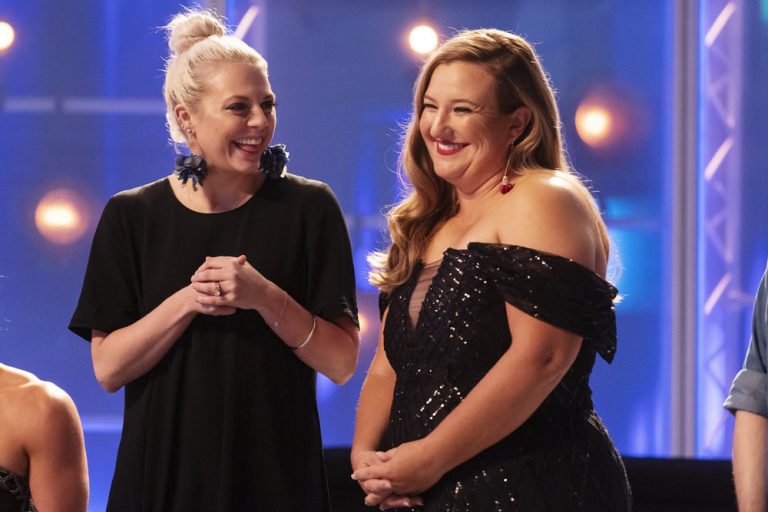