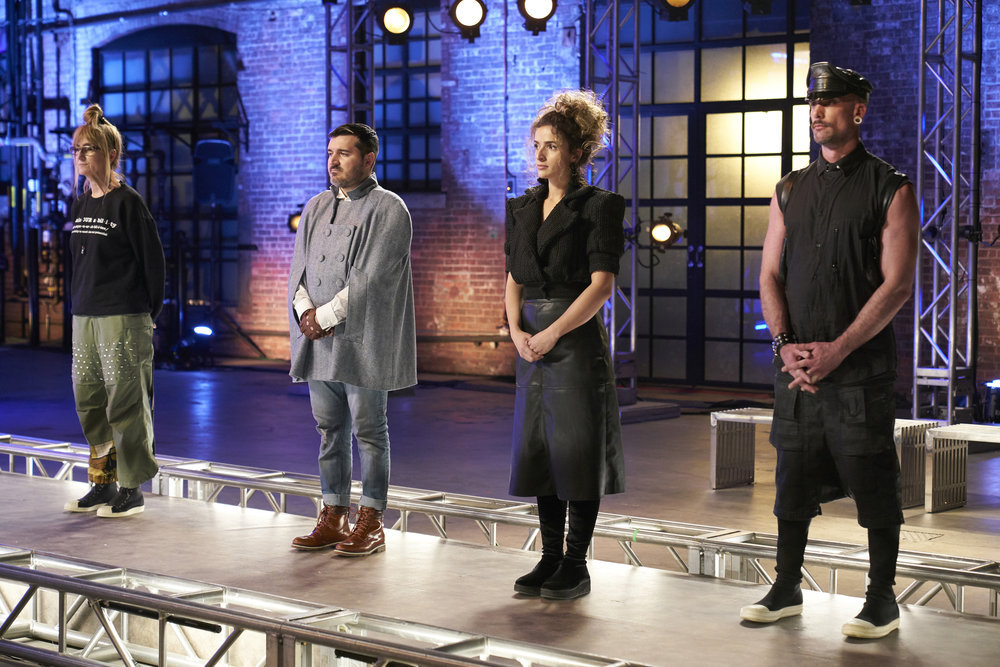 Two more episodes of Project Runway Season 18 and we will finally learn who will be named top designer.  The remaining six designers were narrowed down to the final four to find out who would show collections at New York Fashion Week.

The designers were challenged taking their creativity to the max making an avant-garde look.   “This is beyond just the clothes, think about the styling. The hair. The makeup,” said host Karlie Kloss.

Brittany was drawn to a hot-pink fabric and created an over-the-top jack paired with a butterfly printed simple sheath dress.  She was looking for additional ways to make her design come to life so she added her signature 3-D butterflies.  It was the same detail we saw on a winning Allen garment in week seven.

“I’m kinda revisiting this idea of the Ashley Longshore challenge, and if I can find something with butterflies on it, I think it will help bridge this gap between my aesthetic and avant-garde,”  Allen said.

Austin’s Sergio Guadarrama was inspired by the strong Asian women for his avant-garde look.  “My concept is talking about the Onna-Bugeisha who were female samurai warriors,” Sergio said.   In keeping with his political fashion statement theme, he shared he wanted to prove that women can do anything men can do.

For another Project Runway twist, cause there is always one, the avant-garde look would feature more garments.   “We want to show the judges that you have a unique point of view,” Siriano said.  “So, in addition to your avant-garde piece, you’ll each be showing two of your past looks.”

Brittany selected looks from week one, her winning jumpsuit and week seven another winning look, a fun floral printed dress.  Sergio chose his

“To see all of the work, all the blood, sweat, and tears we made during this process, is now all on one rack,” Allen said.

Sergio’s Avant-garde design featured a black shoulder wrap top paired with a full taupe skirt with a cascading train.  The look was abstract and modern and matched the inspirational New York City landmark, The Vessel.  This would be the first time a fashion show would take place at the venue.

On runway day, it was time for all the designers to reflect on many weeks of hard work.  “This journey’s been long, but extremely rewarding. I want to show the judges that I am capable and deserving of a collection at New York Fashion Week,” Allen said.

Brittany’s hot pink dress lit up the entire room, the host Karlie Kloss added.  “I want to know; how did you land on this shade of pink?” Karlie asked Allen.  “It’s kind of like, the epidemy of me in a color,” Allen answered. “It’s jolting but really feminine and beautiful and powerful.”

Judge Elaine Welteroth told Allen, ‘Kudos on your color choice.  It was really mesmerizing from a distance.”  The judges also pointed out the unique shape and structure of her silhouette.

As they moved on to Sergio, Welteroth said, “I am haunted by the image of your model, in that elevator, going up.  Your tailoring is awesome.”

The craftsmanship comments were common amongst all the judges for Sergio’s look.  They all agreed his technique cannot be denied.  “I think Sergio will give us the best runway,” said judge Brandon Maxwell.

It was a difficult television moment (sniff) for all B to watch as we heard that our design darling would be sent to pack up her space and she would not be moving on to the final four.  “Brittany, I know and everybody knows here that you are a great designer,” said Siriano.

In a tearful goodbye, Brittany thank the judges and reflected her time on the show.  “Being in this competition, it’s allowed me to come into my own, and be reassured that I am on the right path, and I am doing the right thing,” Allen said. “Eventually,  I will make it to fashion week, but it  may just be a longer road to get there.”

Let’s send a big congratulations to Sergio as he will represent Austin and his brand at the final four finale!   And we can’t wait to see the full collection he created for New York Fashion Week.  If you have had the pleasure of seeing his collections on the Austin runways, I anticipate it will be an epic fashion show.

We hope after the finale episode on March 12 we report that Austin is home to the winner of Project Runway Season 18.   Good Luck Sergio!! 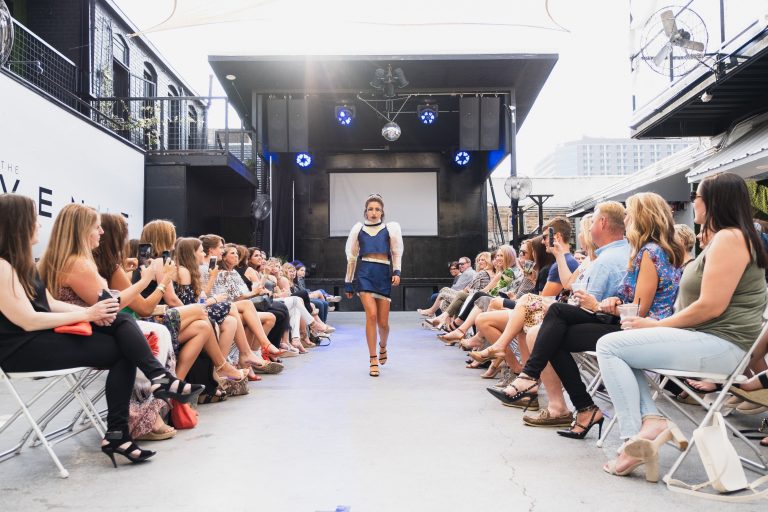 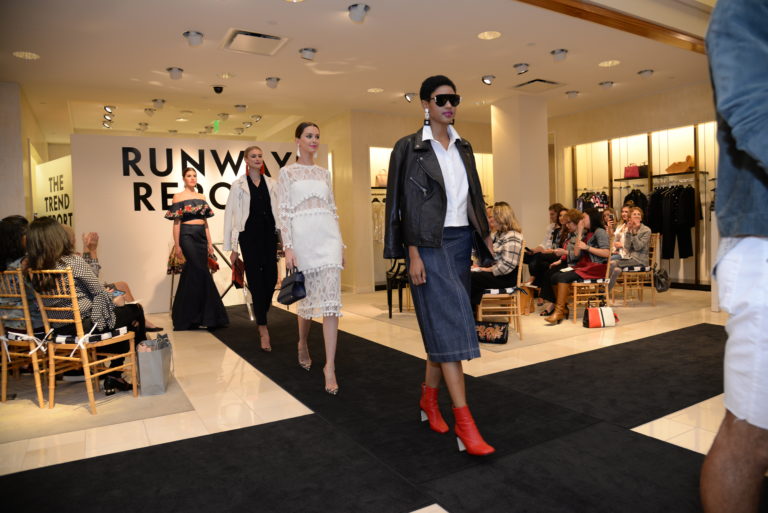 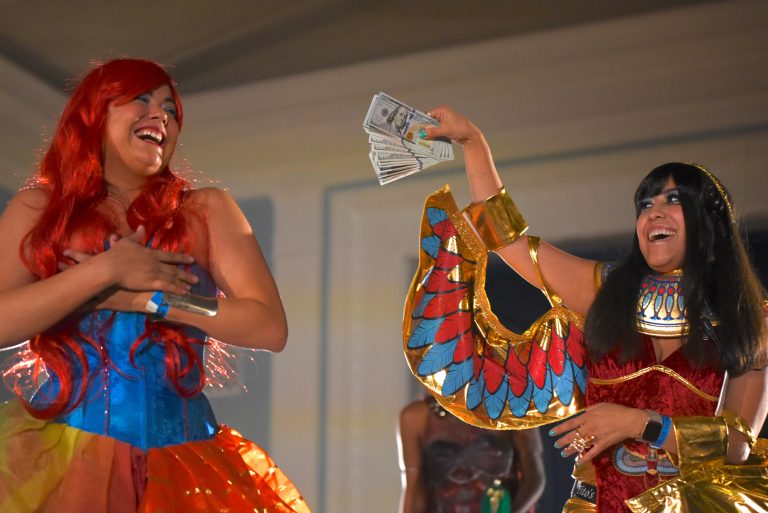 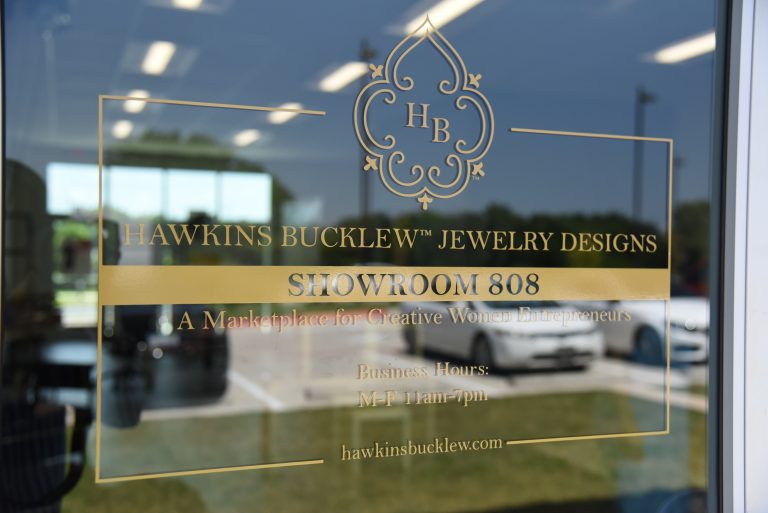 Get ready for a new fashion concept to hit the Austin fashion scene thanks to one local jewelry designer. … 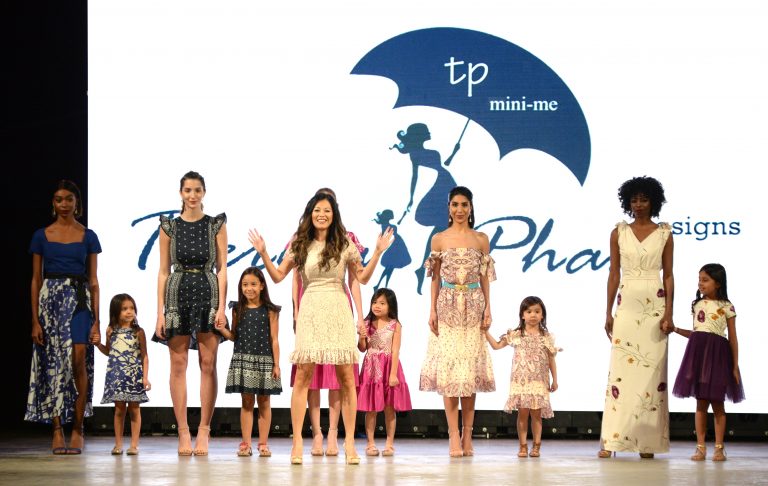 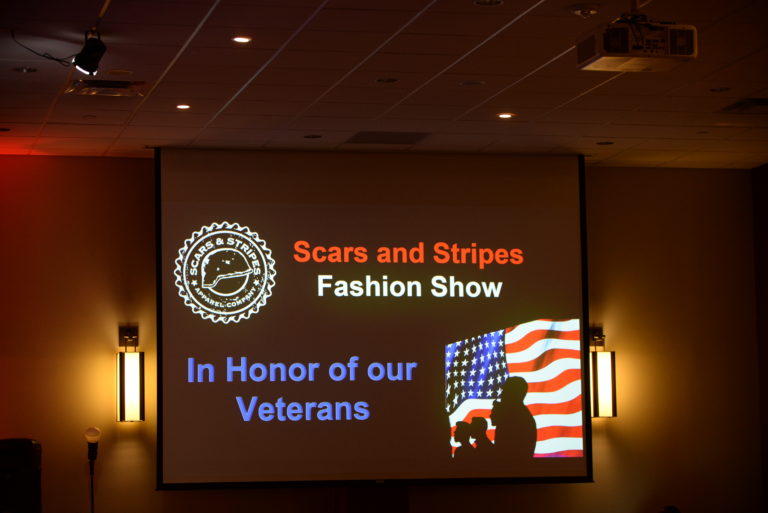