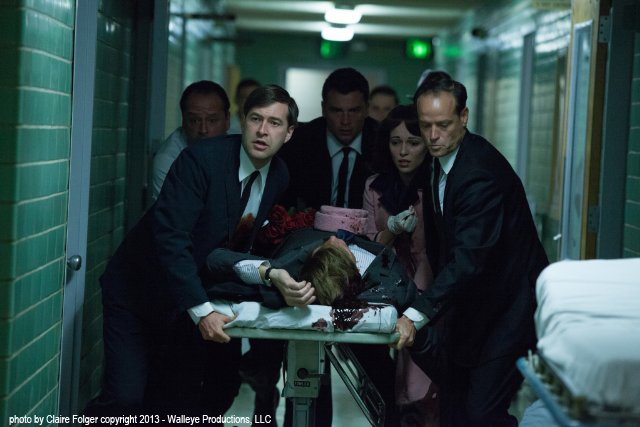 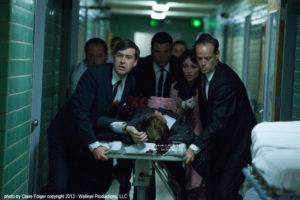 I remember my grandmother wearing a hat to church every Sunday.  Back in the 1950’s and most of the 60’s a hat finished off narly every outfit in any woman’s wardrobe. In 1963, the Kennedy family traveled to Dallas and on that crisp November day, American history changed. The death of President Kennedy will be forever be remembered and now a movie called Parkland, recreates the historic event. The movie will hit screens on Friday, October 4, 2013.
Austin was the location backdrop for much of the movie and there was an Austin fashion connection too. Hat designer Laura Del Villaggio of Milli Starr worked closely with the movie’s costume designer to create a historically accurate replica of the first lady’s famous rose-pink pill box hat worn with Jackie Kennedy’s Chez Ninon copy of Chanel suit.
After sourcing and hand-dying the appropriate fabrics, a pattern was drafted and the construction began. “It is a combination of pink wool fabric over two different types of millinery foundation fabrics, buckram and crinoline. The top edge of the sideband is finished with bias piping in navy velvet to coordinate with the collar and trims on the suit jacket,” said Del Villaggio.
History recalls Jacqueline Kennedy refusing to immediately change the blood stained pink suit worn on that fateful day, however the matching pink pillbox hat was promptly removed at the hospital and last seen in the hands of her personal secretary. Today the suit is preserved in National Archives while the infamous pink pillbox hat is nowhere to be found.
Parkland stars Zac Efron, Paul Giamatti, Billy Bob Thornton, Marcia Gay Harden and Jackie Weaver and is produced by Playtone Partners, Tom Hanks and Gary Goetzman. Based on the book “Four Days in November” by Vincent Bugliosi, it is written and directed by Peter Landesman.

This Fashion Week was the best trip ever! I enjoyed so many aspects of the trip from eating great…

It’s hard to believe that the Rachel Zoe Project Season 5 is about to begin on Bravo.  From Rachel’s…