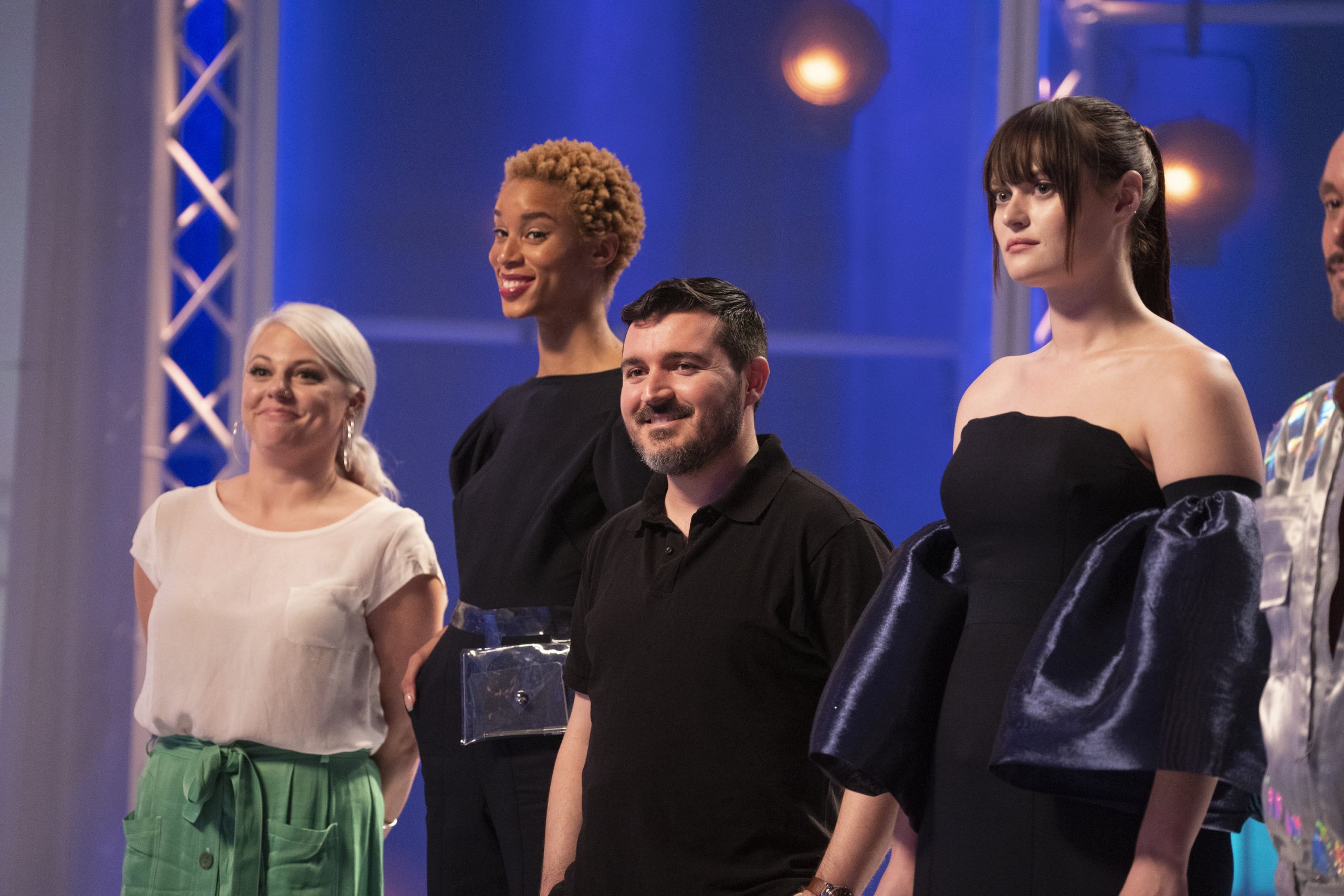 For weeks we have been anticipating the new season of Project Runway, mostly due to the fact that two talented and creative Austin designers are competing for top prizes and a life-changing fashion opportunity.

Brittany held her party in downtown Austin at Sterotype and Sergio held his watch event in his second home base in  New York City.  The attendees sipped on Brittany’s signature cocktail and others stood at the step and repeat to get a forever photo to mark the occasion with the gal of the evening.

As the show started, the crowd cheered when the hometown designers appeared on the television and even Brittany was a bundle of energy to see her many weeks of taping come to life.

The first episode was a team challenge with both Austin designers finding each other in the pack of 16 contestants as they all met at the New York TWA Hotel at the JFK Airport.  The episode paid homage to the space-age where the two were challenged to create a futuristic jumpsuit for a space daytime wear and then another look for an intergalactic happy hour look.

Brittany and Sergio selected an all navy fabric which created some concern by mentor Christian Siriano.  “That all navy thing–I don’t know if it will be the most exciting thing up there, said Siriano.

Brittany’s jumpsuit stepped out to the runway right out of the gate. Emotions ran so high for her that later she admitted she shed an emotional tear.

In the end, the design duo stayed true to their design aesthetic and showed cohesive, classic and impeccably tailored runway-ready looks.

Back at the Austin watch party, the crowd agreed that the design duo’s looks were top notch and would be hard to beat.

When it was time for the judges to deliberate, Brittany’s jumpsuit garnered the attention of the entire panel.

“Hands down this is my favorite look”,  added journalist and stylist judge Elaine Welteroth.

The positive comments kept coming from the judge’s panel and Brittany was all smiles when it was time to hear from judge Nina Garcia.

“It’s walking such a good balance between futuristic but at the same time classic.  I love the PCV band on the sleeve.  It’s streamlined.  It’s the future Audrey Hepburn”,  said Garcia.

For Sergio’s design critique, the judges bantered back and forth about the dress, specifically about the large billowing sleeves.

“I think this dress is beautiful. It hugs her figure.  I don’t think she needs the sleeves, they need to be removed”, added Maxwell.

Nina Garcia shared her positive comments about the sleeve treatment.    “I happen to love the sleeves.  Yes, I also, sometimes want to cover my arms, added Garcia.

The two top design teams were anxiously waiting to hear the judge’s final decision and then, finally,  host Karlie Kloss announced Brittany and Sergio were the challenge winners!!

Attendees at the Austin (and I’m sure the NYC parties) erupted with cheers and the endless congratulatory hugs began.  Additionally, Brittany was named the overall winner and has immunity for the next challenge.

As part of the prize for winning, her jumpsuit is available for pre-order online through December 19, 2019.

As the show wrapped up Brandon Maxwell a Longview, Texas native gave his last comment and said,  “So, Texas forever!”

We can’t agree with you more Brandon!

Founder of Austin Fashion Week, Matt Swinney has been putting on the annual event (with the exception of 2020)… 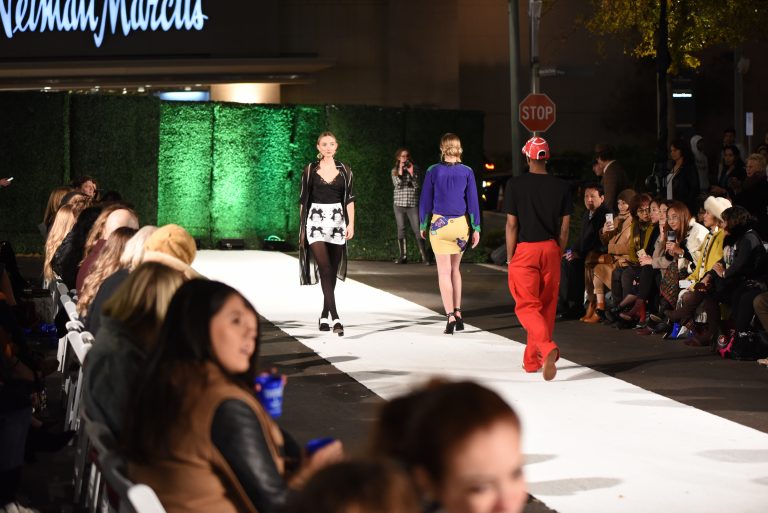 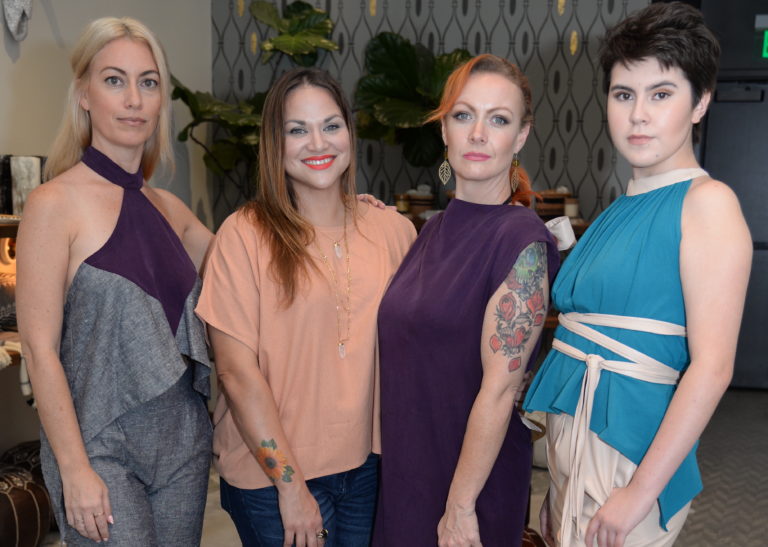 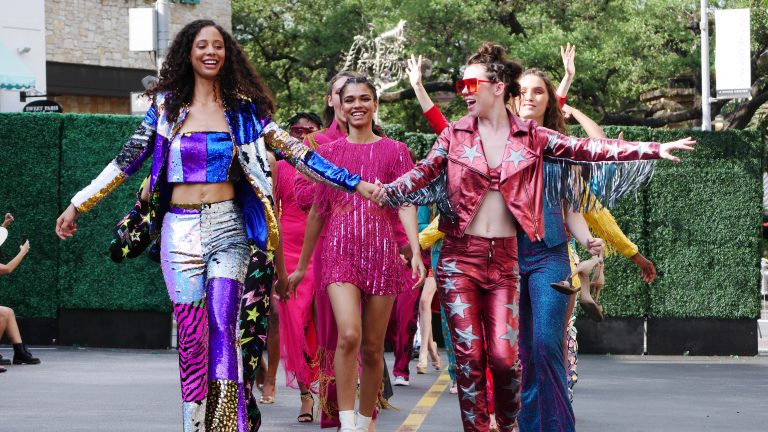 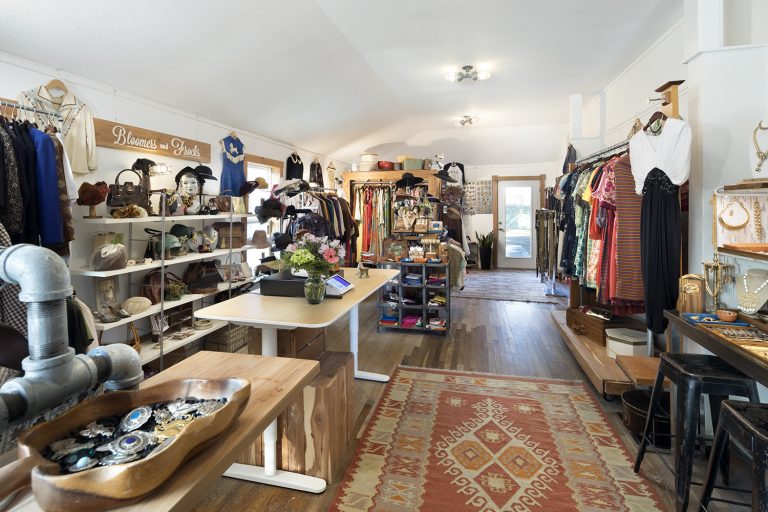