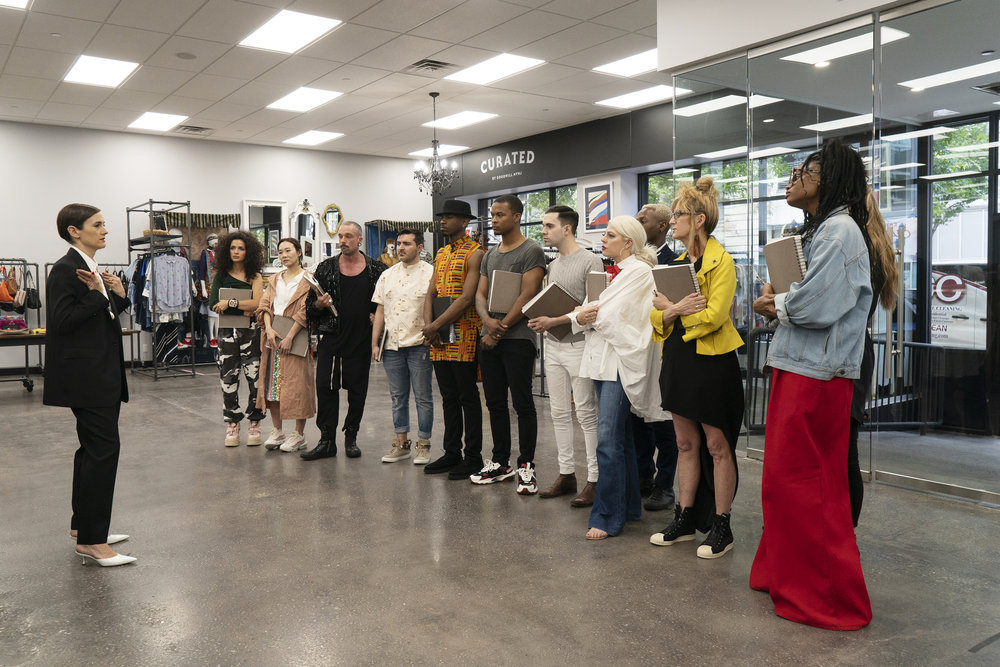 Now that the newest season of Project Runway is moving into week five, the personality of each designer is starting to come out along with some colorful drama that you would expect when you get a group together for any length of time.  The chit chat can be best described as passive-aggressive with other dialog considered somewhat snippy.  (or maybe that’s just the magic of tv editing)

The overall techniques of each designer are also becoming very apparent.  This group seems to be a well-trained and talented group with design aesthetics that don’t duplicate each other.  This makes for an interesting dynamic to keep things fresh and of course, in the end, it’s the judges take on who they think will be the winner. You may be yelling at the television saying, WHAT??

For this week’s design challenge host, Karlie Kloss informed the designers that they were to design an outfit for her as she was scheduled to attend the CFDA awards in Paris in a couple of months.  The task at hand was to create something spectacular or a very fashionable event.

But wait, there’s a catch (of course).  The look had to be designed, created and upcycled from items from Goodwill and it needs to be completed in one day.

“The idea of upcycling in fashion is taking discarded clothes and reconstructing it into something new” added stylist Karla Welch.  Welch is not only a powerhouse stylist to celebrity A-listers, but she is also Kloss’s personal stylist.

As the group was about to depart for the thrift store Welch told the designers to think “an American in Paris!”

Austin designers, Brittany Allen and Sergio Guadarrama incorporated their individual design personalities into their selections at Goodwill.  Sergio opted to create a traditional but couture day suit look.  His look was upcycled from two suit jackets, pants and a button-down shirt.  Brittany paired several softer pieces from four tops, a skirt and a satin robe her look.

While each designer was excited about the challenge this was right up Guadramma’s alley.  “All of my materials are actually all upcycled, so I only use the leftovers from design houses like Prada, Dior so I’m not a burden to the environment”, said Guadarrama

“The idea of Karlie wearing something I’ve designed is kinda mind-blowing and this could be my breakout moment! added Allen.

The ripping, reconstruction and upcycling process continued in the workroom and Christian Sirano made his rounds.   Stopping by Brittany Allen’s table she shared that her garment needs something more to impress the judges.

One of Brittany’s biggest concern was coming off a rather dismal week three challenge ending up at the bottom of the pack.  “I need a redemption”, said Allen, with Sirano agreeing.

With time to share, Sergio helped fellow designer Tyler Neasloney.  The two have been trading some colorful banter throughout the first episodes but Sergio reached out to help Tyler to make sure he was runway ready with his look. Appears Sergio took the high road for sure on this despite Neasloney’s quips.

Brittany and Sergio were both announced safe and retreated from the stage and will compete for another week.  Yeah!!

But the real drama was to come.  During the judge’s commentary and critique with Tyler’s look, a somewhat simple and honestly a not too visually challenging outfit, did, however, miss the mark for a such a fashion-forward CFDA event in Paris requested by a top model.

Tyler’s look was a simple skirt topped with a tuxedo style ruffle down the middle which he adamantly stood by in look and construction.

“I cannot see Karlie wearing it anywhere, honestly”,  said judge Brandon Maxwell.  Then Tyler replied to Karlie saying “not even with the Kushners, your husband”.  Awkward gasp.  (Karlie is married to Joshua Kushner, brother of Jared Kushner, hubs to Ivanka Trump)

Karlie kept her composure and reminded to focus on the challenge.  The judges reminded that him that even though he may stand by the look, it was not something Karlie, a supermodel, would wear in Paris.

Tyler Neasloney was eventually sent home and the winner of the challenge was Victoria Cocieru.

It will another week of competition for our talented Austin fashion designers!   Keep up the good work y’all!! 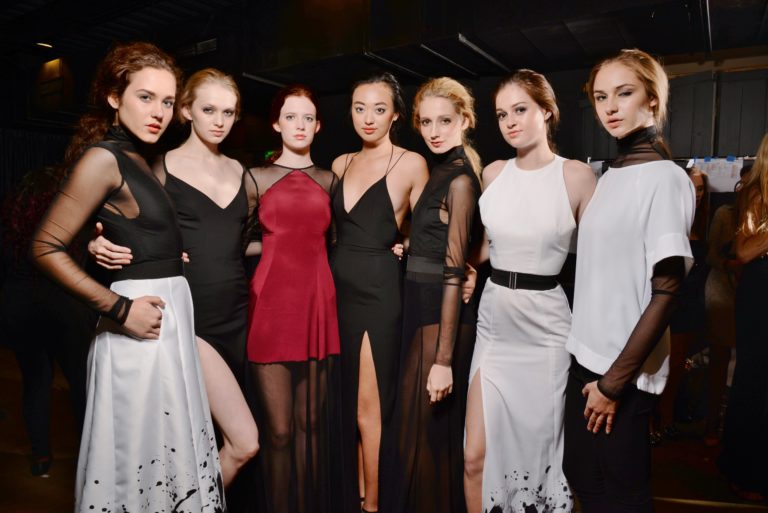 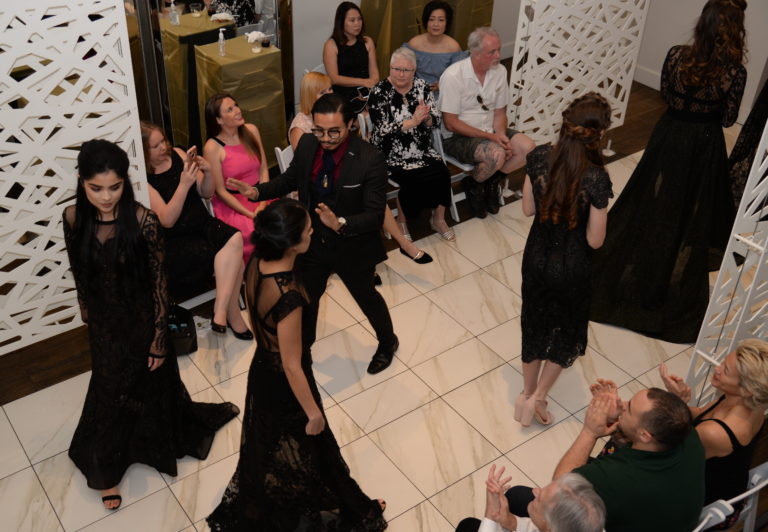 It’s exciting to share the celebration of a new business in Austin.  On Saturday night La Belle Salon and… 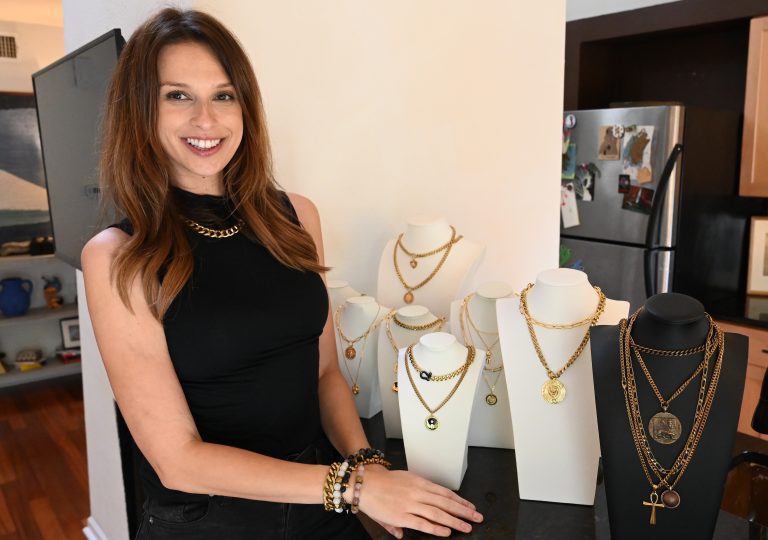 Uncovering a new Austin talent is always exciting, and when we got to sit down and talk one-on-one with… 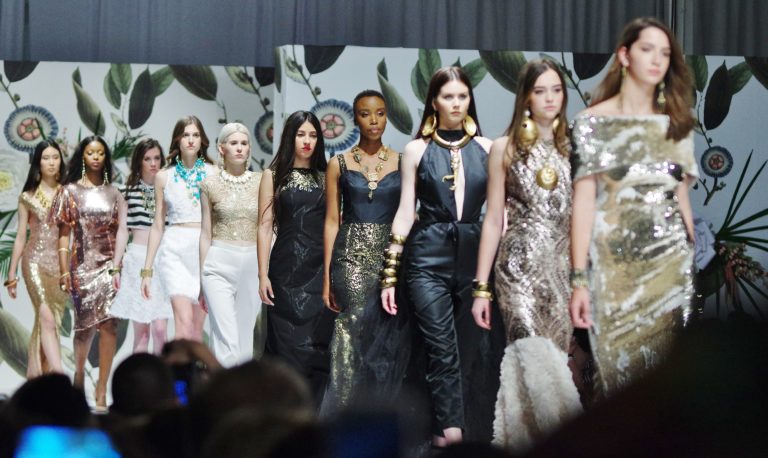 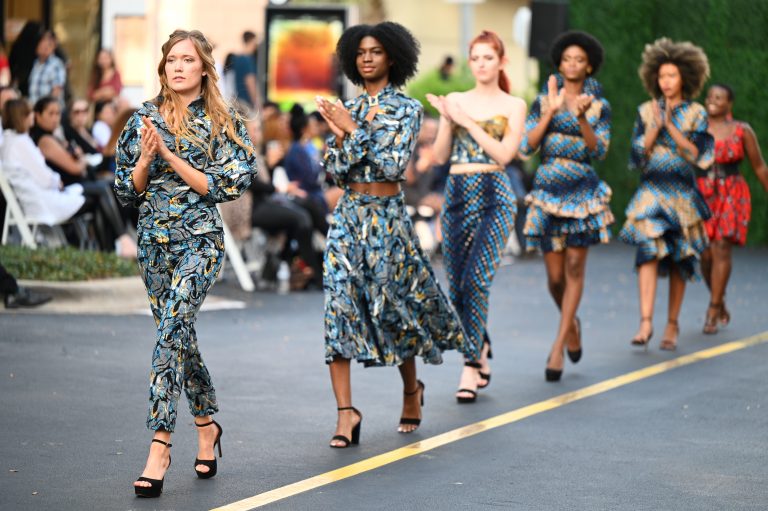 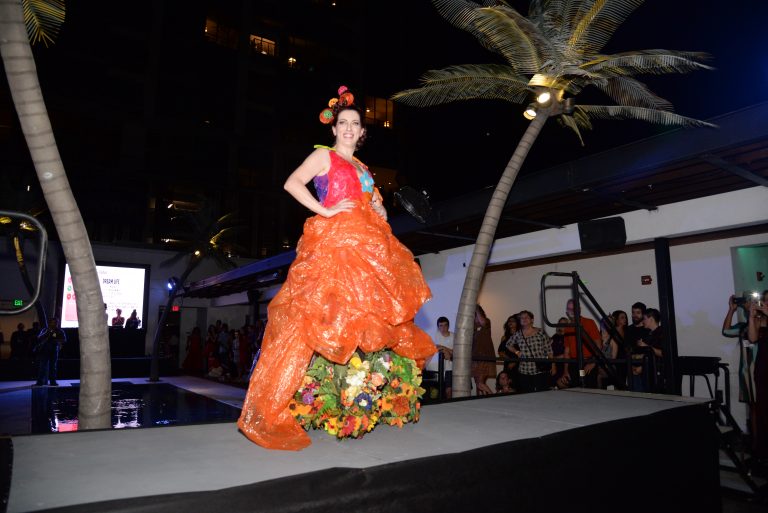