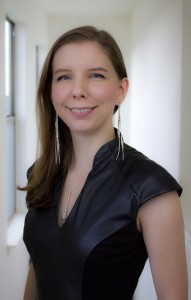 Reality fashion television shows have launched the careers of many designers in the fashion industry with several local names representing Austin.  These shows have exclusively featured clothing designers but there has not been a platform for jewelry designers to feature or compete for their craft, until now.
During Charlston Fashion Week, Jewelry Television executive Jill Johnson announced the network would be searching for the first 2015 Rock Star Designer. Prizes include, a contract with Jewelry Television, $5000, mentoring programs, exposure to 85 million households and the first ever bragging rights to the Rock Star title. 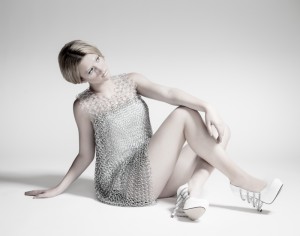 Austin jewelry designer Deborah Wilson Taylor is known for her handwoven chainmaille designs created for her brand Femailler. From bracelets, earrings and necklaces each piece is sleek, simple woven together in intricate modern creations you’ll have for years to come.  In 2013 at Austin Fashion Week, Deborah took on a major design task.  She created an entire chainmaille dress to be used for the annual Mash Up Team competition, which consists of one make up, hair stylist, designer and photographer who create a look and compete for top honors.  A fashion statement for sure but also a work of art.
Deborah applied for the competition and was selected as one of the top ten designers for the reality show.  In episode one, the Jewelry Television judges reviewed their top picks from around the country and then narrowed the ten semifinalists down to the top five, and Taylor made the final cut!  These five  are the featured designers filmed for the reality show.
In episode one, the panel of  judges were  honest about what they are looking for the Rock Star winner, including how well the designer’s jewelry could be integrated into their brand, personality on camera and how it could be mass produced which was a concern by one judge with Taylor’s designs.
“It could be a challenge in mass producing her designs but I think we could figure that out, added Judge Don Chase CEO, HNJ.  Judge Kris Kulesza, VP and General Merchandising Manager, chimed in praising Deborah’s designs, “they are amazing and it would appeal for every age”, added Kuteza.
“I have a new appreciation after seeing what she has done with it”, said Jewelry Television VP of Marketing and Rock Star judge Jill Johnson.   “I think she is extremely talented, said Johnson.
Being on a reality television show certainly has its challenges and with five different personalities you know there will be a little drama.  To keep things organic and not staged, most of the 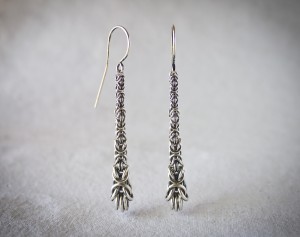 time the contestants were kept in the dark about the daily schedule.  “They wanted to get our reactions on film — that’s the reality part of reality, added Taylor.
For the first design challenge for the final five in episode two, host JTV host Kristie Carson gave the designers six hours to create a look inspired from a travel trunk that contained fabric, beads and a travel book to an exotic land.  Deborah’s country Russia, contained green gemstones which had to be incorporated into her design. Setting gemstones is something Taylor is not familiar with because her pieces are made out of all metal but her final design incorporated the gemstones perfectly while still staying true to her brand.
“I tried to incorporate other techniques and the other materials I was given into my designs to the best of my ability, within the time restriction that we had”, added Deborah.
At the time of this post the first eliminated designer has not been announced.
The episodes will be aired on JTV.com/RockStar through September 25 and promoted on the national broadcast network.  And you can watch all the fun at the Austin watch parties, 11 am every Saturday morning at Opal Divine’s at the South Congress location. (Penn Field)
Thanks for making Austin proud Deborah and the entire local fashion community is cheering you on.
Episode 1 ~ Episode 2
Photos:  Deborah Wilson Taylor
« The Domain to Host Style Festival ~ Collaboration with Refinery29
The Distillery Collaborates With Dallas Boutique Mill No. 3 »