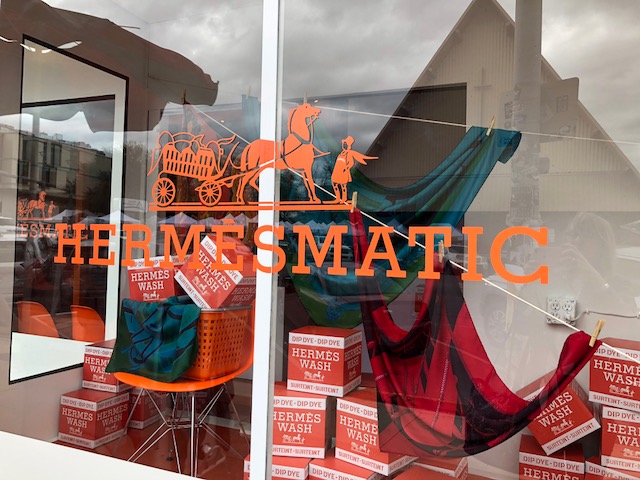 South Congress Avenue in Austin, TX during SXSW is a popular place for out-of-towners to capture a selfie at Joe’s in front of the I Love You So Much sign and don’t forget the shopping.  This year, an international fashion house made the SoCo area feel more like a Parisian shopping destination.   Heremèsmatic set up shop for the week to breathe new life for much-loved Hermès scarves.

The house of Hermès is known for their impeccably constructed leather goods and intricate artwork that make up their famous scarves worn by Grace Kelly, Jackie Kennedy, Madonna, Queen Elizabeth and many more.   If you follow Hollywood’s A-listers the famous Birkin or Kelly Bag is a staple on the arms of many famous women.  To create the detailed motifs on the scarves, Artisans from all over the world are commissioned, up to 20 new artists each year,  to create the colorful and iconic designs.  Once printed these beautiful works of wearable art are kept forever as fashion art history or memorable statement accessories.

And a good fashion story always includes a Texas connection and this is a good one!  Artist, Kermit Oliver, from Waco, TX has created more than a dozen scarves for Hermès and is the only American to design for the French fashion house.

His strong Texas aesthetic is highly sought after, sold out at stores quickly after they arrive and are sold at auctions around the world.  Painting and creating artwork for Oliver is balanced between his job as a Waco postman.

Meanwhile, back at the Hermèsmatic shop, Tessa and Chantale helped customers select new Hermès scarves for clients stocked in the store or assisted clients who brought their own scarf to start the redye process.  “We first look at the colors of your scarf and decide which colorway would work better.  We have purple, pink and blue color options”,  said Tessa.

Austin designer Ross Bennett took his vintage Hermès scarf to the pop-up and was met by Tessa and Chantale.  Once the scarf was inspected carefully for authenticity and photographed, the next decision was to decide what color to transform the scarf.  “Based off the rest of the colors in the scarf we decided the pink or purple would be best, but I wanted the pink!” said Bennett.

Hermès scarf owner, Elise Reinbach, used the popup shop to transform her scarf.  “I dropped off my Twilley, which is a little skinny scarf that I have had a long time to be dip-dyed and get refreshed”, added Reinbach.  Her orange and white scarf was indeed transformed and is now refreshed in vibrant fuschia. 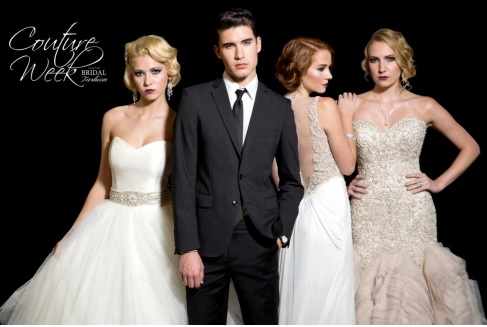 Adrienne Yunger entered Austin Fashion Week in 2009, showing at small, retail shows. When a client having a second… 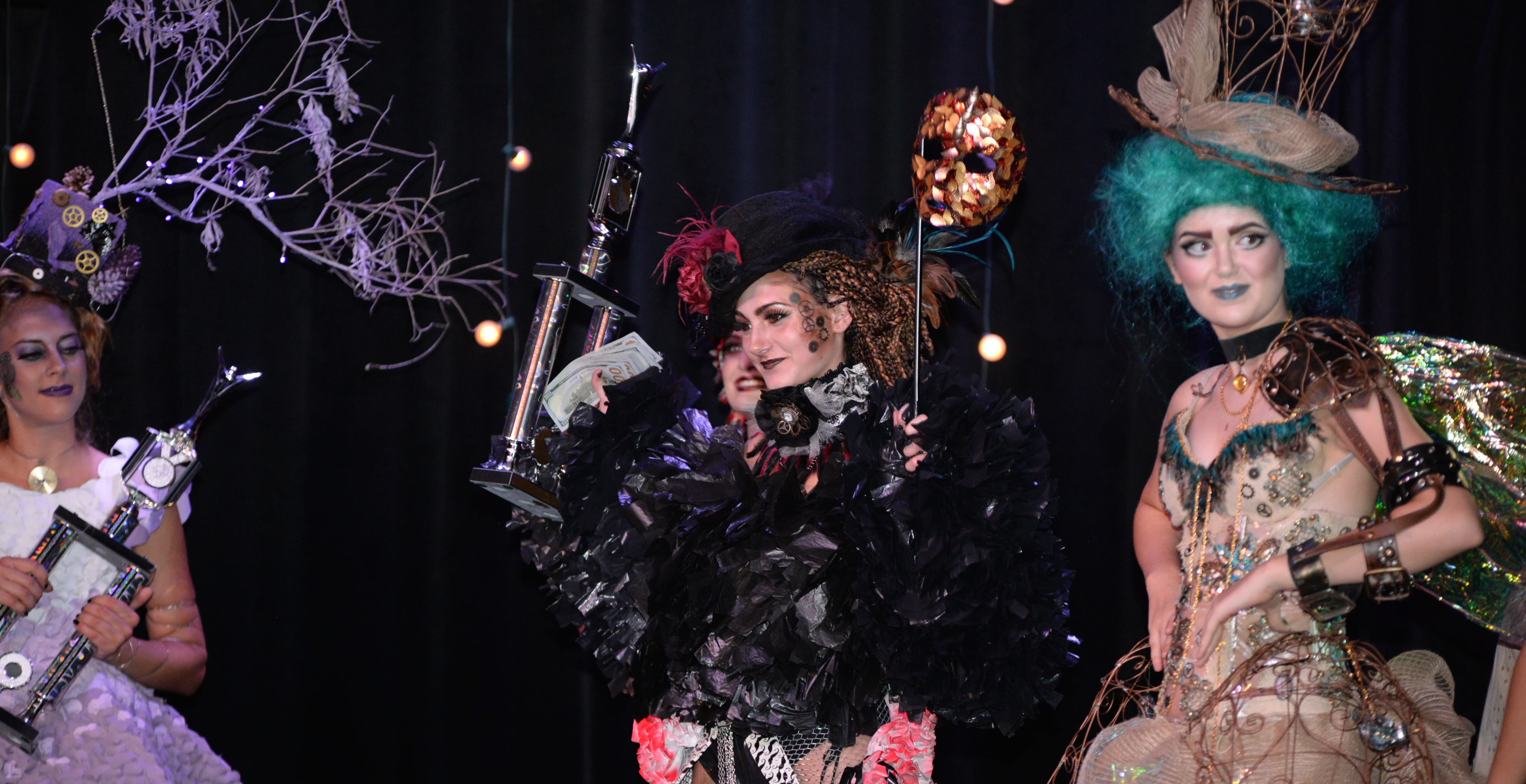 It is common to think that all clothing should be made of luxurious fabrics and trims, but I will…

I’m a big fan of living simply, and many of my fellow Austinites are all about it too.  Every… 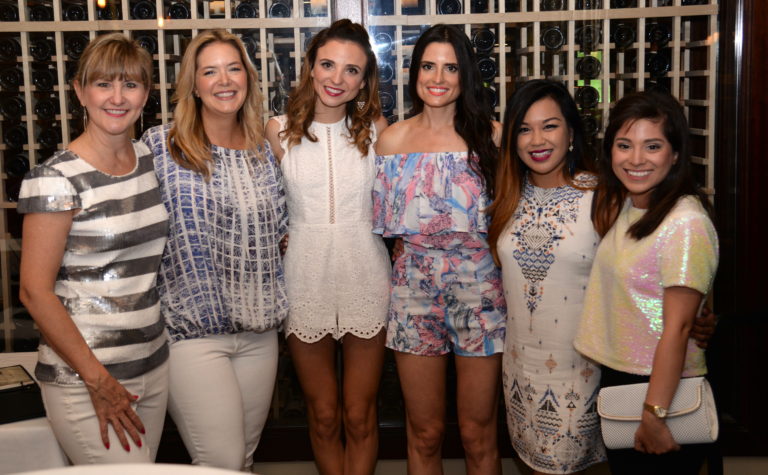